Astronomers Reveal First Image of the Black Hole at the Heart of Our Galaxy
added on 2022/05/12 @ 19:01:37 | 490 views| category: maths-physics
At simultaneous press conferences around the world, including at a National Science Foundation-sponsored press conference at the US National Press Club in Washington, D.C., astronomers have unveiled the first image of the supermassive black hole at the center of our own Milky Way galaxy. This result provides overwhelming evidence that the object is indeed a black hole and yields valuable clues about the workings of such giants, which are thought to reside at the center of most galaxies. The image was produced by a global research team called the Event Horizon Telescope (EHT) Collaboration, using observations from a worldwide network of radio telescopes. 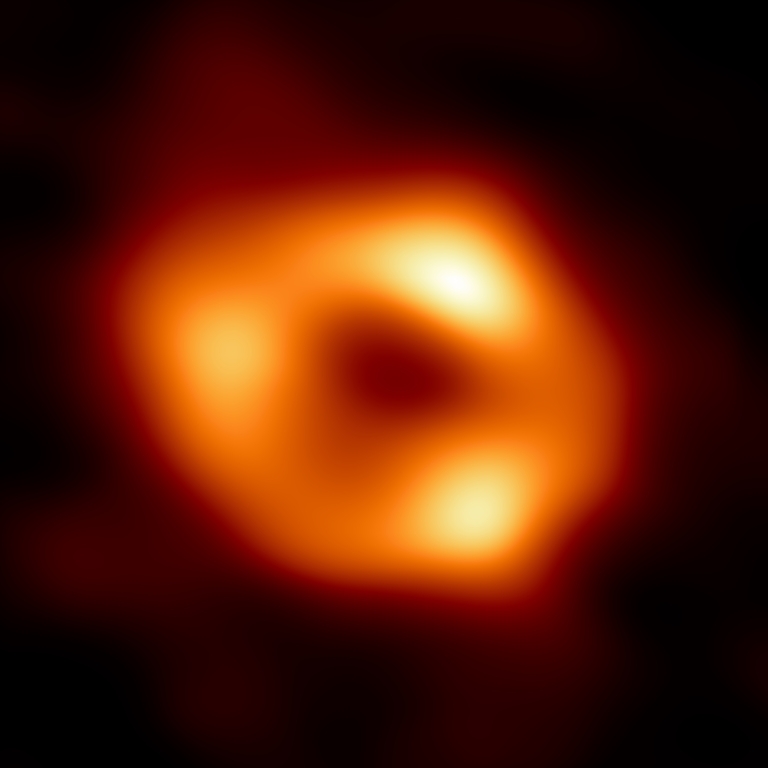